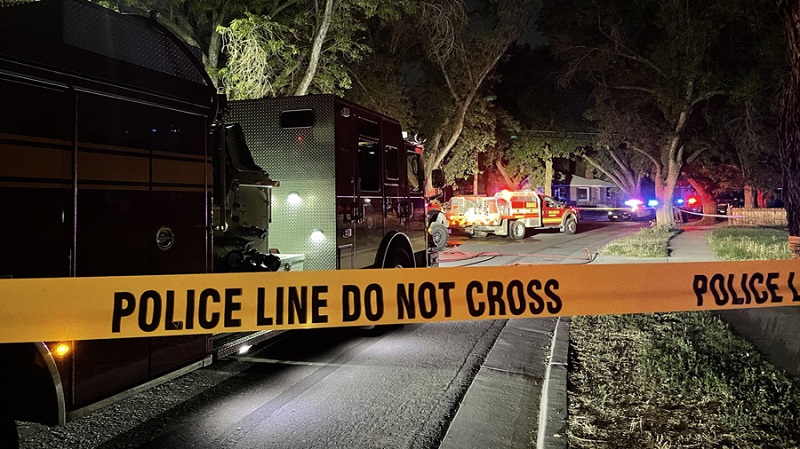 West Jordan, Utah – After allegedly shooting her husband in the shoulder Sunday morning, a woman is in police custody.

The 42-year-old woman shot her 44-year-old husband near 8000 South and Madison Nan Drive around 7 a.m., according to West Jordan police Officer Samuel Winkler.

The husband fled into a neighbor’s home, where first responders provided first aid.

While police spoke to the wife, they issued a shelter in place for the neighborhood. The wife surrendered to the police without further issue after an hour of negotiations.

According to Winkler, the woman is in a local hospital for self-inflicted injuries. After treatment, she will be booked in the Salt Lake County Jail.

The husband was transported to the hospital with non-life-threatening injuries and is expected to recover. “We credit our officers for their patience and communication skills with the suspect in convincing her to surrender peacefully,” Winkler said in a statement. “Anyone in crisis or experiencing domestic violence is encouraged to call domestic violence hotlines or crisis hotlines.”

If you know someone who is going through abuse, the Utah Domestic Violence Coalition operates a confidential statewide, 24-hour domestic abuse hotline at 1-800-897-LINK (5465).