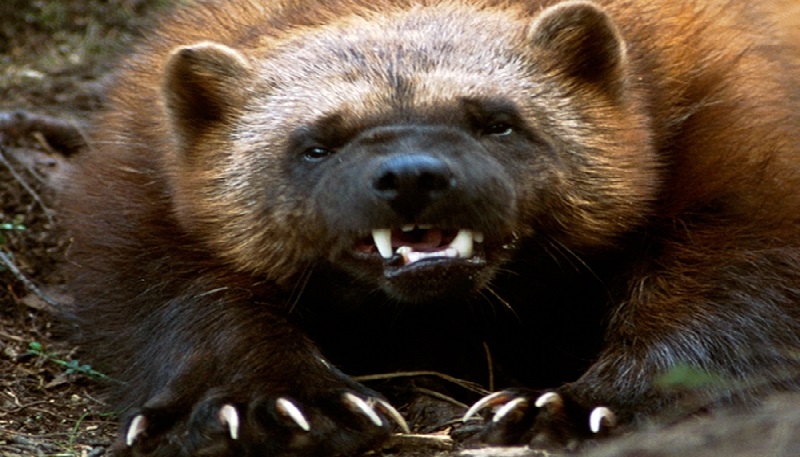 Rich County, Utah — Utah biologists were able to capture a wolverine for the first time ever in the wild after it was spotted in Rich County.

On Monday, The Utah Department of Wildlife Resources announced the incredible event, saying that not only had the wolverine been captured, but that it had also been fitted with a GPS device to provide officials with valuable data.

There have been only eight confirmed wolverine sightings in Utah since 1979, according to the DWR.

On March 10, a sheepherder near Randolph reported seeing the wolverine “that was in the process of killing and wounding 18 of his sheep.” As the sheepherder approached, the animal ran west and escaped.

USDA-Wildlife Services sent a helicopter and aircraft to investigate the sighting, eventually spotting the wolverine as it ran through the snow.

A plan was put in place to capture the wolverine, with the sheepherder removing all but three of their 18 sheep in the area. Biologists then placed a dead sheep in each of the two-barrel traps.

“There was so much activity in the area that morning, I thought the wolverine would be long gone and we wouldn’t be able to catch it,” said Jim Christensen with the DWR.

Only the dead sheep were found in the traps and the wolverine had yet to be spotted. However, later in the day, the sheepherder noticed a door on one of the traps was down, and inside was the first wolverine ever captured by Utah biologists.

Later, officials took the wolverine to the North Slope of the Unita Mountains and released it on public land.

Motorcyclist injured after hitting e-scooter lying in the road