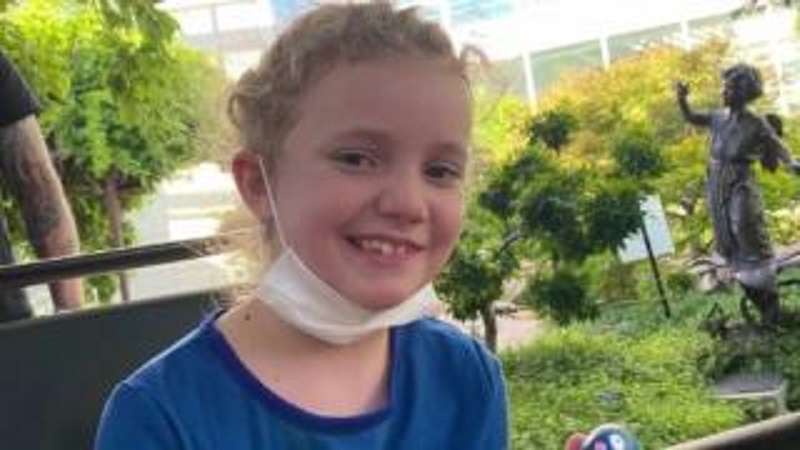 Layton, Utah — After a tumor was found in a 7-year-old girl’s brain stem just a few weeks ago, doctors have given only months to live.

Kate Tyler noticed her daughter, Jane, earlier this month, was displaying a reflex with her left foot called the Babinski sign, which is normal for babies but can indicate neurological issues for those, older than 12 months.

The Tylers took Jane to the hospital for a CT scan that same night and everything appeared normal; however, while getting ready for a follow-up appointment with a neurologist on July 5, Jane was walking with an unsteady gait and had unusual eye movements.

A decision was made to bring Jane to Primary Children’s Hospital where an MRI showed Jane had a gum-ball-sized tumor in her brain stem.

While undergoing a biopsy to help assess a course of treatment, Jane’s heart was unable to withstand the procedure, forcing doctors to stop and not perform the biopsy.

Doctors told the Tylers on July 5, that Jane had just 9-18 months left to live because surgery is not an option due to where the tumor is located.

A GoFundMe page has been created to help the Tylers with their medical bills and allow them to focus on Jane and ensure they are able to spend memorable moments with their daughter.