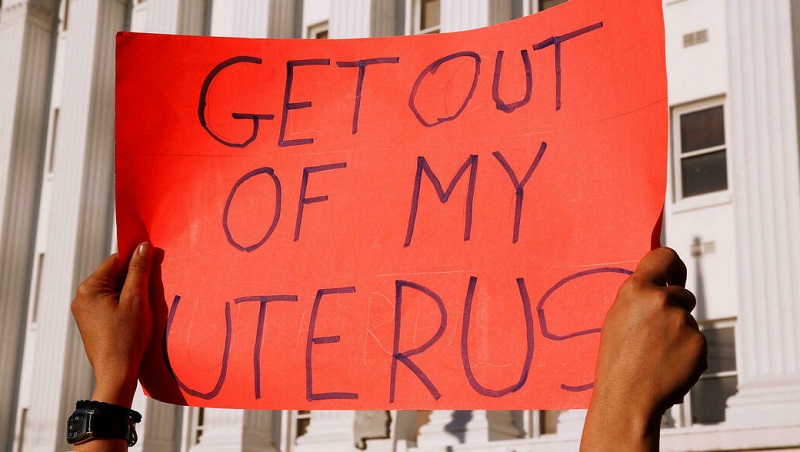 Salt Lake City, Utah — Anti-abortion groups and the Satanic Temple members are protesting over abortion rights as Utah’s access to abortion is threatened.

Saturday During a “Reproductive Rights Rally,” both groups clashed on the steps of the State Capitol.

Demonstrators are sounding the alarm, asking Utahns to step in to ensure future access to abortions. The rally, organized by the Satanic Temple, was supposed to be held in 2020 but was postponed due to COVID-19. Utah is one of several states asking the U.S. Supreme Court to overturn Roe v. Wade.

If this landmark decision is overturned Utahns are at risk of losing access to abortion. More recently, a new law in Texas went into effect earlier this month that bans abortions after six weeks. It also allows any person to sue anyone who helps a woman get an abortion, even the driver who brings her to the doctor.

According to Eagle Forum President Gayle Ruzicka, Utah mirrors what Texas has done.

“If Roe is overturned, that would send it back to the states, and then each state could decide for themselves, and in Utah, we’ve already made that choice,” she said.

If Roe v. Wade is overturned, then a trigger bill will go into effect in Utah, making it illegal to kill an unborn baby, Ruzicka said.

“Millions and millions of babies have died because of a decision that was made by a handful of people,” she said.

According to Ruzicka, exceptions of rape, incest, and the life of the mother are in this bill.

“And no matter what point you kill that baby, whether it’s right after implantation or right after the baby is born, the baby is just as dead. Somebody has got to stand up for those little unborn babies; they have no voice,” Ruzicka said.

Minister of the Satanic Temple Chalice Blythe hopes more people get involved and educate themselves to understand the implications these laws have beyond just abortion access.

According to her, what’s happening in Texas will affect Utah.

“It’s a really unfortunate reality we have to face where once one starts, it starts that domino effect,” Blythe said.

Members of the Satanic Temple maintain abortion is a decision that should be made by each individual woman.

“The preference is never abortion. There are a lot of Satanists out there who would not prefer to have abortion. We should never accept laws that prohibit someone from making that choice for themselves for any reason,” Blythe added. “The more difficult you make it, you might as well not have Roe v. Wade at all, and now they’re directly challenging it, as you know will be happening in December with the Supreme Court, so it is stepping backwards.”

Oral arguments will begin in a case involving Mississippi’s ban on abortions after 15 weeks.

Last year, Utah’s legislature passed a law that, if Roe v. Wade is overturned, would prohibit a woman from getting an abortion at any stage of the pregnancy, with very limited exceptions. Any provider who performs an illegal abortion could also face legal action.