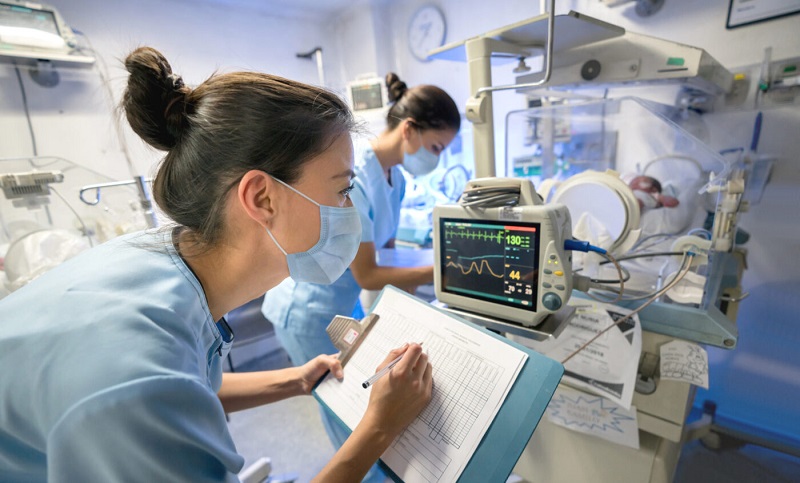 Salt Lake City, Utah — There are quite a few babies who are born early and with some complications. Those usually end up in the Neonatal Intensive Care Unit (NICU), which is where Dr. Sabrina Malone Jenkins works.

The Neonatologist at Primary Children’s Hospital said, “A lot of the time we don’t know what the underlying condition is and there is a wide variety of causes and rarely are any of them the same.”

According to researchers, on a global scale, about seven million infants are born with serious genetic disorders each year.

According to Dr. Mark Yandell, a Professor in the Department of Human Genetics at the University of Utah, “It’s estimated that about 20% of the newborns in a high-intensity newborn intensive care unit have some form of genetic disease.”

Dr. Yandell and his team developed a tool that sequences a baby’s genome to find out what genetic disease is making it sick. It starts with doctors taking a blood sample from a baby, which is then analyzed by a program that uses artificial intelligence (AI). The baby’s DNA and medical records are then cross-referenced with the worldwide database of medical and scientific data.

“The tool can look at all of that basically in real-time and come to a conclusion incredibly rapidly,” said Dr. Yandell.

According to Utah doctors, understanding the cause of a newborn’s illness is critical for effective treatment, and that getting an accurate diagnosis within the first 24 to 48 hours after birth gives patients the best chance to improve their condition. “Being able to integrate genomic testing into the NICU not only gives parents a reason for why their child is so sick but also gives the clinicians more information so that we can target our treatment and personalize it to that individual,” said Dr. Malone Jenkins.

The number of unknown genetic diseases has gone up by almost a third in the last decade and they’re still discovering new ones, meaning the need for this kind of technology is growing each and every day, Dr. Yandell said.

Doctors say they give us an idea about what the next phase of medicine will be like, where technology helps doctors quickly figure out the cause of diseases so they can give patients the right treatment sooner.