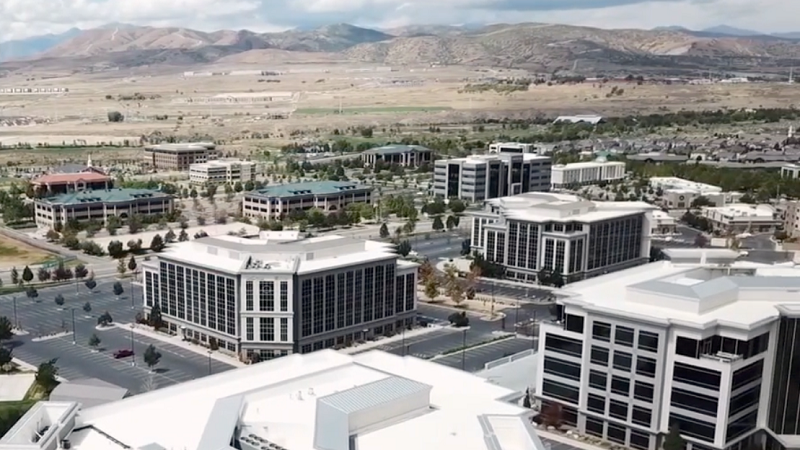 Draper, Utah — A new development proposed for Point of the Mountain would add a micro-hospital and helicopter pad to the area.

Some Draper residents are upset, saying it will negatively impact the Flight Park State Recreation Area and create massive amounts of traffic and noise for residents.

The landowner of 166 E. Highland Drive in Draper is requesting the Draper City Council grant rezoning for the land from a commercial regional zone to a commercial special district. This would allow the developer, Wilkinson Capital Partners, to build a medical campus with retail space.

The developer said the micro-hospital will include a helicopter pad.

According to people, if the rezoning request is granted, building heights in the area wouldn’t be limited to 45 feet, making way for the 70-foot-tall hospital.

According to homeowners, they want transparency and for the council to uphold the current height requirements, as anything over 45 feet would destroy the view for current homeowners and devalue properties.

“Any exception to height regulation here will set a precedent that future developers can rely on, and so that’s what we’re trying to nip in the bud right now,” said Janica Lee, paraglider and hang glider pilot.

Many people also have a problem with the helicopter pad as it will create noise pollution, and the turbulence will basically shut down the flight park, said Lee.

“The helicopter can come through, land at the pad, but the effects of the turbulence last and drift, that’s why we’re concerned, they drift back to the flight park,” said Lee.

Lee and others have created the Heli- No campaign to stop this new development and promote development in this area that benefits the entire community. A petition is posted on change.org. The Draper City Council meets Tuesday night at 6:30 and this rezone request is listed on the agenda.

Starting next year drones will deliver drugs to Utahans

Employee exodus will continue in 2022