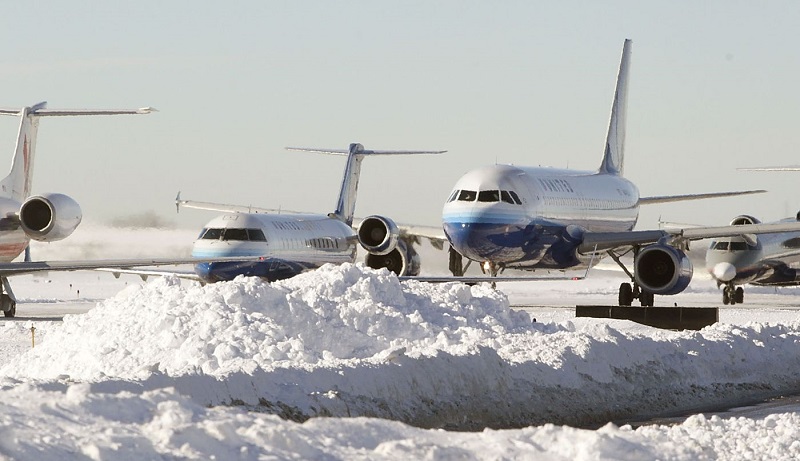 Salt Lake City, Utah — 27 flights were delayed and 32 canceled at the Salt Lake City International Airport Monday morning, so far, as of 6:00 a.m.

Nearly 4,000 delays and more than 2,000 cancellations have been nationwide. It’s the fourth day in a row of issues.

According to a TSA spokesperson, they screened more than 2 million people at security checkpoints on Sunday.

The SLC International Airport reported around 26,000 passengers coming through yesterday.

The SLC airport shared photos of crews cleaning the snow and de-icing planes during yesterday’s storm.

Delta, United, and Jet Blue are blaming the omicron variant for staffing shortages.

Before leaving and allow plenty of time, the airport is urging people to check with their airlines.