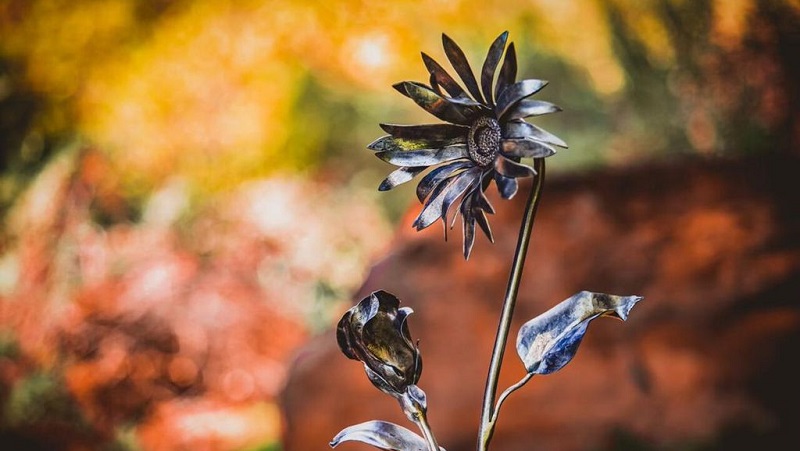 Moab, Utah — On Saturday afternoon, members of the community gathered at the Grand County Public Library for a dedication ceremony of a sculpture created in memory of two women who were murdered near Moab last year.

In August, Kylen Schulte and Crystal Turner were found shot to death at a campsite in the La Sal Mountains outside of Moab.

The piece of art is titled “In Memory of Kylen and Crystal.” The sculpture was created and donated by Ekaterina Tatarovich, a local artist.

“It was very somber,” said Jason Jensen, a private investigator based in the Salt Lake City area who traveled to Moab for the ceremony and to gather more information. “It was a joyous reunion for many of the people that Sean-Paul [Schulte] knew, but at the same time it was a real tear-jerker for a moment when he was asked to give a speech and he had to really open up his heart and talk about Kylen and Crystal.”

Jensen has been looking into the unsolved double-murder. The Grand County Sheriff’s Office released additional information on the investigation, which included ruling out any involvement by Gabby Petito or Brian Laundrie, earlier this week.