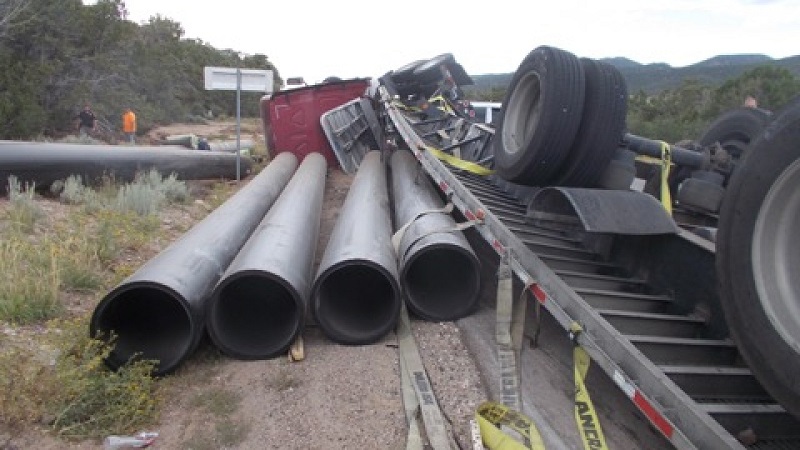 According to the Utah Department of Public Safety, the large load of pipe broke free and hit two other cars.

The driver of one of the cars was transported to a hospital with life-threatening injuries.

The driver of the other car received minor injuries and was taken by ambulance to a hospital.

According to Joe Dougherty, a spokesperson for the Utah Department of Public Safety, the truck navigated a corner too quickly at mile marker 44. The accident happened just before 2 p.m.

The roadway was down to one lane until 5:30 p.m. when all lanes were reopened.

The Utah Highway Patrol is investigating the accident.

24% of newest COVID-19 cases in Utah are children