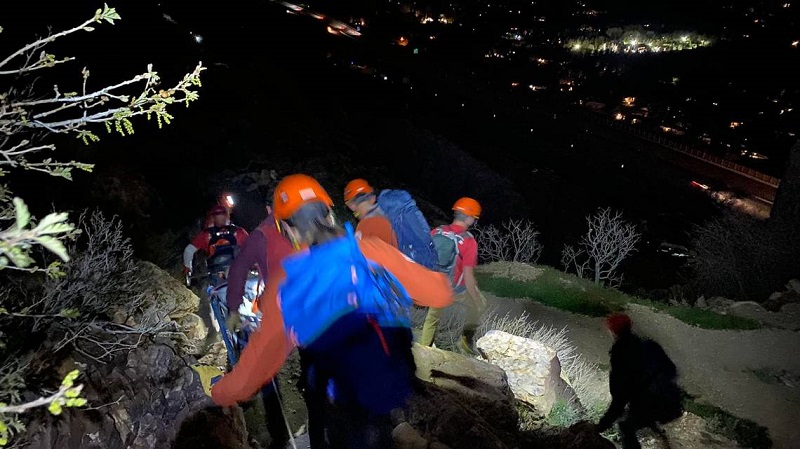 The pair of young men, both 19, were climbing Olympus’ west slab when they became cliffed out, rendering them unable to ascend or descend the peak.

“[It was a] horrible day to be out in the mountains climbing and hiking,” said Lt. Paul Barker with the Unified Police Department.

The Salt Lake County Sheriff’s Office Search and Rescue team was unable to locate the hikers after receiving a 911 call from the lads due to the hazardous weather. An improvement in the weather, however, made it possible for a Department of Public Safety chopper to find the guys and airlift them down the mountain.

All three individuals were transferred to St. Mark’s Hospital in stable condition despite having hypothermia.

Despite having coats, the hikers lacked the equipment necessary to spend the night on the mountain after becoming trapped.

“Be very prepared,” said Barker. “Check the weather and today was probably not the best day to be up there.”