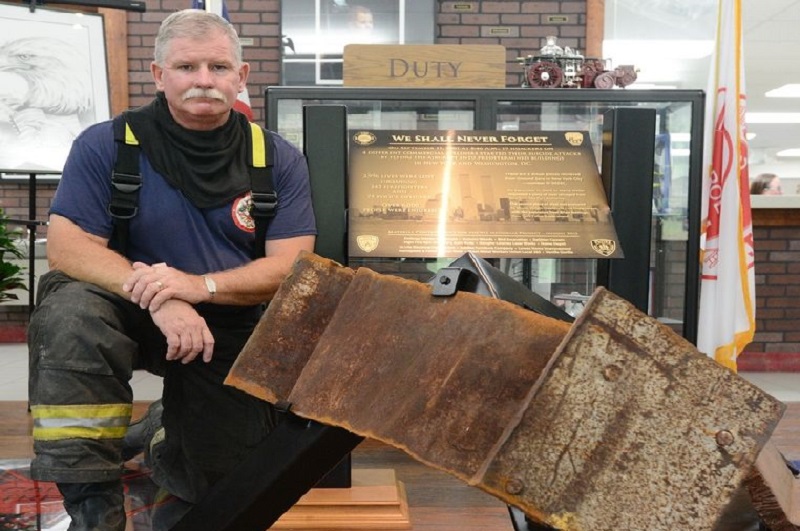 Midvale, Utah — A Unified Fire Authority captain recalls the attacks on 9/11 and his work at Ground Zero.

According to Capt. James DeGering “It was a sacred experience and unlike anything we do now”.

He was a member of Utah’s Task Force 1, a team that searched for airplane parts and human remains for 12 hours a day.

“That first night on the pile was an unforgettable experience. We walked by a fire engine that had been crushed down to my height. I knew immediately we were on honored, sacred ground,” said Capt. DeGering.

He volunteered to be the team’s chaplain amid the horrific devastation. Strangers working in the 60-foot tall pile leaned on him for spiritual support.

“It was amazing, even as we were working on the debris, New York firefighters would come up to me and say, ‘Father, can we talk?’ They just needed someone to listen to them.”

According to Capt. DeGering, over the last 20 years, more people died of 9/11 related illnesses than the initial attack. One of them is UFA’s Chris Cage, who worked with him at Ground Zero.

Cage died in August 2020 from lung cancer believed to be connected to 9/11.

“I’ll always remember him with a smile. He never complained. He was an awesome individual. I’m afraid there is probably going to be more to come in the future,” said Capt. DeGering.