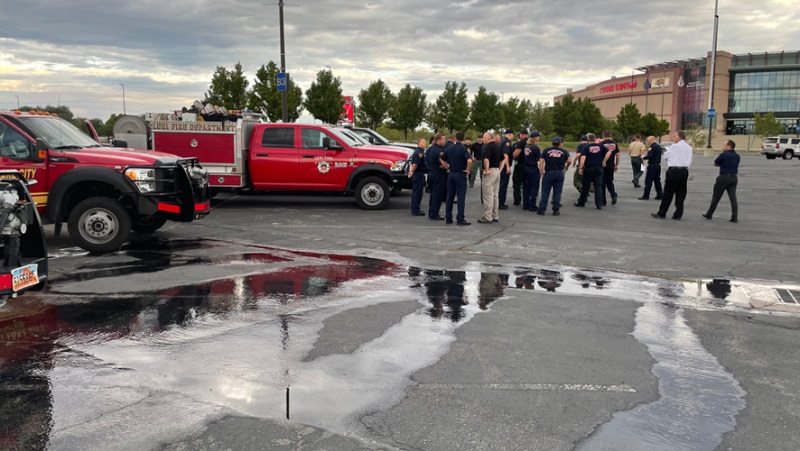 Salt Lake City, Utah — A new team of Utah firefighters are heading north to Montana to help that state as they deal with dozens of wildland blazes.

“The good news is that Utah is able to spare these crews to help other states because right now they are not desperately needed here at home. We have a lot of smoke, but many surrounding states are dealing with a lot of fire,” said Utah Fire Authority Chief Dusty Dern.

“And we want to support the neighboring states . . . if we ever have a situation where we want resources, we’d like to have that opportunity to ask for resources from the surrounding states.”

“Task Force One” comprised of 22 firefighters and their equipment are replacing the old Task Force One, which returned from fighting fires in Oregon.

It’s the second time this summer a Utah EMAC is heading to Montana.

“They have had a rough summer and nationally . . . resources are scarce, and so states and jurisdictions are looking for resources wherever they can,” said Chief Dern.

They will return home in 16 days.