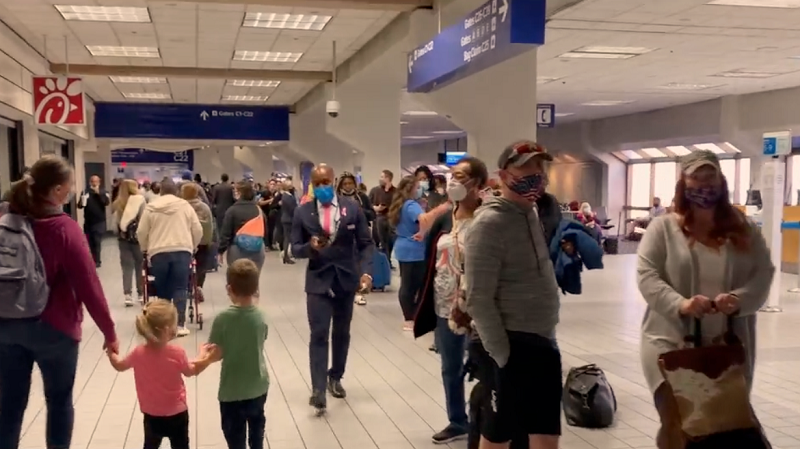 Salt Lake City, Utah — The airline canceled thousands of flights over the weekend.

Ashley Dyreng and her family vacationed to St. Thomas for a week and were hoping to return to Gunnison Saturday night. She spent seven hours in a customer service line in the Miami Airport waiting for assistance.

Their flight off the island was canceled Saturday, but they were able to fly into Miami Sunday. “We’ve been told that we don’t have a flight home until Tuesday,” she said.

She is currently stuck in Miami with her husband, a teenager, and a six-year-old and four-year-old. “It’d be one thing if it was my husband and I but we have our young children,” she said. “It’s just been a nightmare.”

For Afton January, her flight from Phoenix to Salt Lake City was canceled. She had to fly to Dallas to catch a flight to Utah Sunday night.

“As you walk through the airport, there are lines upward a quarter-mile long,” she said.

American Airlines tells the cancellations are due to days of severe winds in Texas as well as staffing shortages.