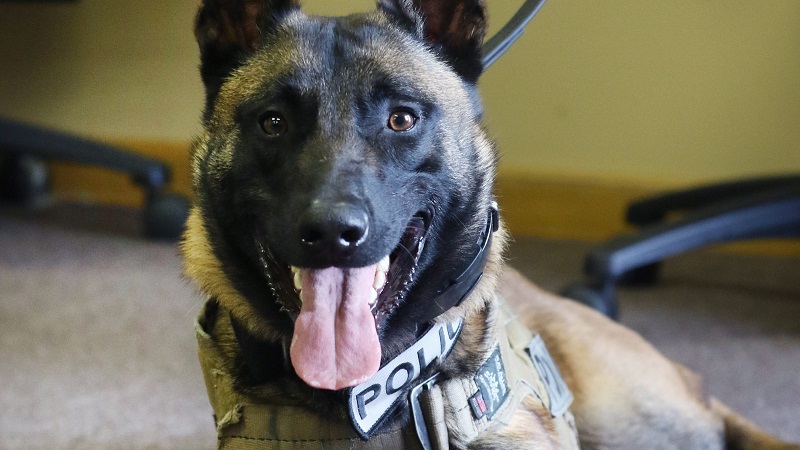 West Jordan, Utah — A K9, Maya, was killed during a shootout earlier this month. A funeral was held Monday in West Jordan.

On Feb. 17, as officers were attempting to apprehend a suspect who had held a woman against her will, a shootout ensued and Maya charged in.

According to police, during the gunfire, Maya, along with the suspect, were killed.

“Maya and her handler both joined the West Jordan Police Department in 2018.” Ofc. Samuel Winkler said following Maya’s death.“A loving dog and just loved police work. And every day when she came to the office, she would run around to the different officers just asking for attention. She really did love to work.”

Following Monday’s service, a procession was held to allow the public to honor Maya and her service to the community.