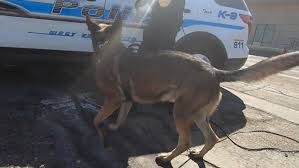 The department also made public the details of seven other K9 incidents that resulted in injury to a suspect, but with no available body camera footage.

Along with the edited videos, West Valley City Police released other videos explaining why they used K9 units in each incident, the rules around K9 use, and whether anyone needed medical care afterwards.

Chief Colleen Jacobs says they have gotten a lot of questions since Salt Lake City Police’s K9 program was suspended earlier this year.

She sees the videos as a way to build public trust.

The explanation videos from West Valley City police outline those benefits, such as finding illegal drugs in tight spaces and going after dangerous criminals.

“They’re able to safely apprehend suspects that provide a threat both to officers and the community. It really does make the world a safer place both for law enforcement and the public,” Jacobs said.

Most of the suspects injured sustained either dog bites or scratches.

But Jacobs says they also received several GRAMA requests for these videos, another reason they released them.

As of now, neither the D.A.’s office nor the city’s citizen review board found the incidents violated policy.

However, Jacobs is open to West Valley City residents coming forward with any concerns.

“If any citizen is having an issue with something that they see, we would be happy to sit down with them and [help them] understand what is taking place,” Jacobs said.