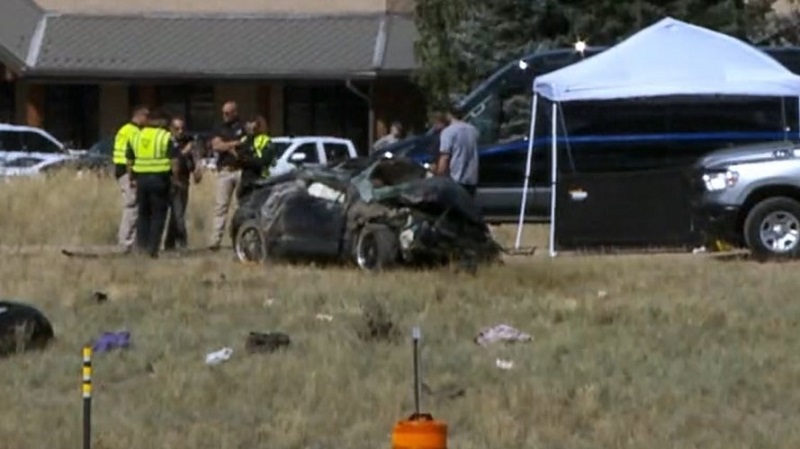 According to officials, they received a call around 9 a.m. of a vehicle stolen from a parking lot in Hideout.

Later, a witness called 911 from Midway saying individuals were attempting to break into a vehicle.

The suspects were seen leaving in a car matching the description of the vehicle previously stolen.

A Wasatch County Sheriff’s Office deputy located the black car on SR-113 at 10:20 a.m. and attempted to stop the vehicle. After failing to stop, a pursuit ensued but was terminated after twice losing visuals on the car. The pursuit resumed on River Road with speeds reaching in excess of 95 miles per hour, according to the Summit County Sheriff’s Office. After the chase reached U.S. 40 in Summit County, a deputy attempted to stop the car by deploying a tire deflating device, causing the driver to lose control of the vehicle and run off the road before crashing near mile marker 2.

An adult female that was a passenger in the car, died at the scene, while the driver, an adult male, was taken to the hospital.

The northbound lanes of US-40 at Exit 2 near Park City were closed due to the incident.

Officials are asking drivers to avoid the area and plan an alternate route.