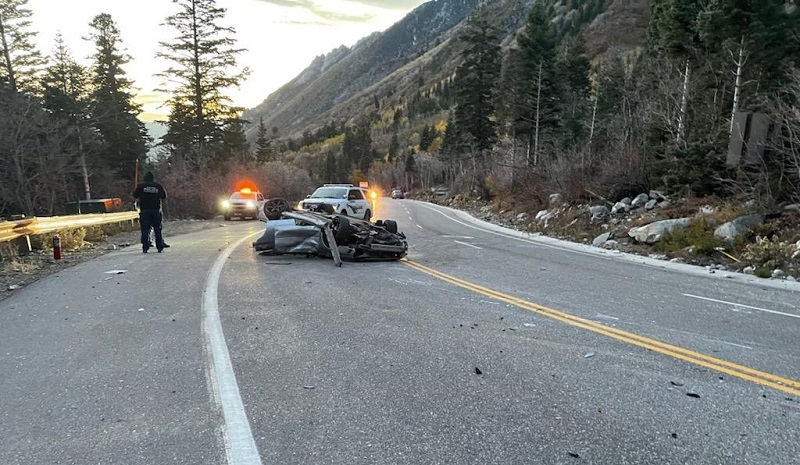 Salt Lake City, Utah – Sunday night a woman has died and a man remains in critical condition after a rollover in Little Cottonwood Canyon.

According to Cutler, they believe the man, who was driving, along with a female passenger, was headed west when he took a curve too sharp, went into oncoming traffic,
overcorrected, and hit the mountainside before rolling.

The woman died at the scene and the driver was taken to the hospital in critical condition.

According to Cutler, the man and woman appear to be in their early 20s. He believes that they may have been coming from Oktoberfest.

The woman has been identified as Mandee Danielle Oberg, 21, of Lehi. The crash is still under investigation.

Utah, other states ask court to side with Texas in abortion lawsuit