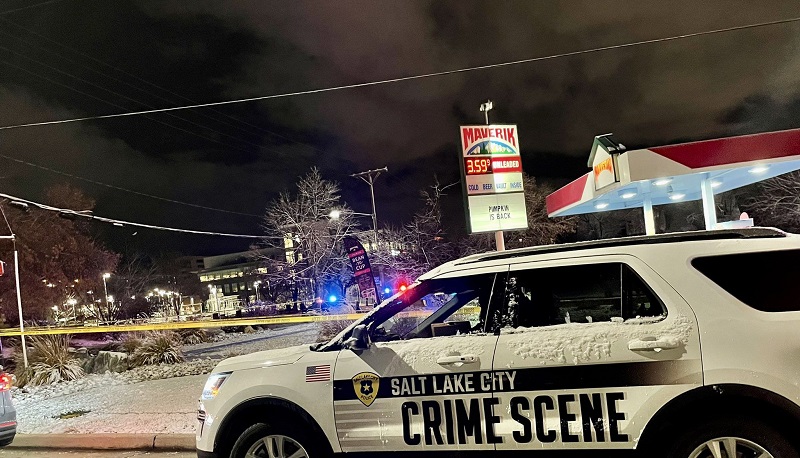 South Salt Lake, Utah – According to South Salt Lake Police, a suspect is in custody after a homicide occurred early Saturday morning.

A 36-year-old, Romalice Latrell Williams, was arrested Saturday night on charges of Aggravated Murder, 2 counts of Felony Discharge of a Firearm, Aggravated Robbery, Possession and Use of a Firearm by a Restricted Person, Possession of a Controlled Substance, Giving False Personal Identity to Peace Officers, and Theft by Receiving Stolen Property.

Upon arrival, they found a man in his mid-20s and transported him to an area hospital, where he was later pronounced dead.

Williams and the vehicle he had been driving were spotted on surveillance footage from the club, according to the probable cause statement filed by police. At approximately 2:30 p.m., officers located the vehicle at a Salt Lake City homeless shelter, where Williams was later taken into custody.

At the time of his arrest, he had given officers a fake name. A search of the shelter led to the discovery of the handgun used in the homicide, which was found to have been stolen out of Eureka, Colorado, quantities of bath salts and marijuana, as well as the clothes he had worn during the incident.