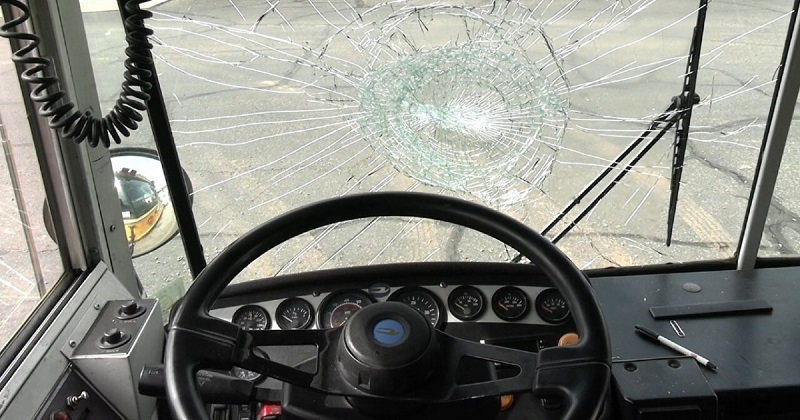 St. George, Utah — As part of a Tik Tok challenge a bus windshield was badly damaged in the Washington County School District.

The bus windshield was broken in St. George after a soda bottle was thrown at it from a car heading the opposite direction.

“Out of nowhere a bottle came flying at him… a soda bottle that’s horrifying to think that that could happen to a school bus much less anybody.,” said Steven Dunham, Director of Communications for Washington County School District.

Luckily, there were no kids on the bus when the incident happened. At the time, the bus was just a few blocks away from picking up some kindergartners.

“That’s horrifying to think that that could happen to a school bus much less anybody,” Dunham reflected.

According to Dunham, the vandalism was related to Tik Tok challenges that have prompted some students to vandalize schools and even steal school property.

“We have had children doing all kinds of things in our schools for the month of September for this Tik Tok challenge,” Dunham said. “Because someone on the internet has said something and they have been causing damages on our busses, in our schools, everywhere.”

District officials urge parents to talk to children about the consequences of vandalizing school property.

The school district and police are looking for tips into this incident.

Teen dead after being hit by vehicle in Layton