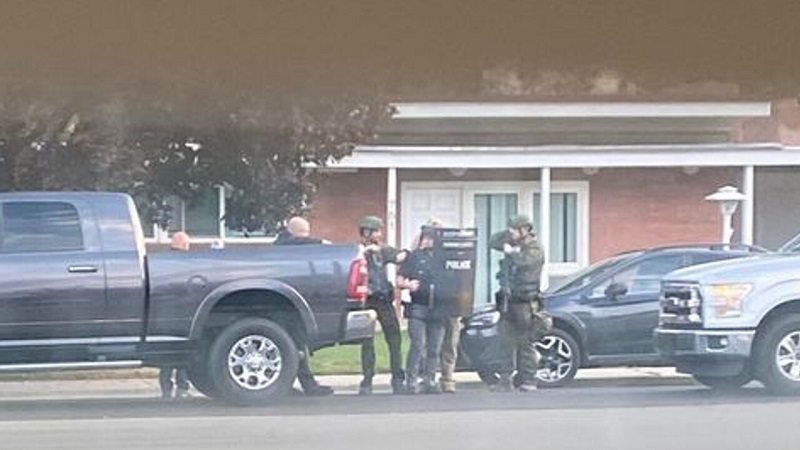 Orem, Utah — On Thursday, after exchanging gunfire with police in front of a residence in Orem, a man was brought into custody.

Police were initially called just after 4 a.m. regarding a potential family fight at the residence around 400 South and 700 East. In order to securely remove the family from the home, officers were able to establish contact with the dad.

Numerous armed law enforcement officers and emergency vehicles were present in the area outside the house.

The Orem Police Department said that when attempts at dialogue with the guy failed, he stepped outside and “exchanged gunfire with the officers on the scene many times.”

The man fled back inside the home before emerging once more, where he was apprehended, given medical attention, and sent to the hospital.

The suspect’s health has not been disclosed by the police, however, they have stated that an investigation is being conducted by the Utah County Officer Involved Critical Incident team.

Following a threat, a family is concerned about the absence of security measures at the local high school