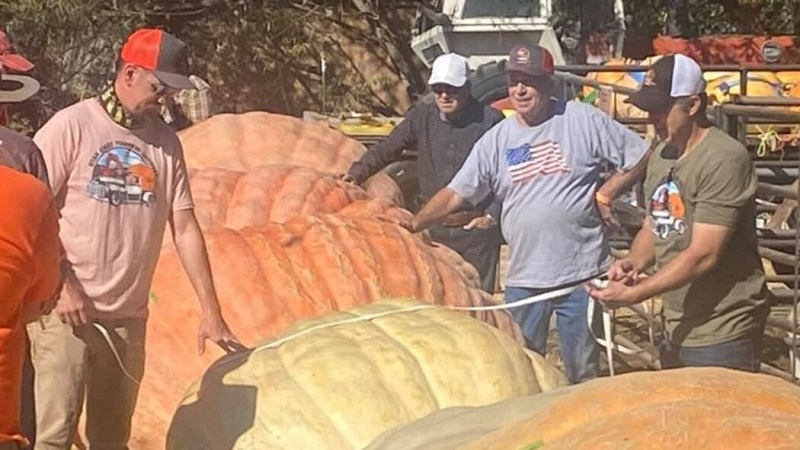 Pleasant Grove, Utah — The state record has been broken by a pumpkin weighing 2,142 lbs.

Saturday the pumpkin was weighed at the State Pumpkin Champion Weigh-Off at Hee Haw Farms in Pleasant Grove.

Ross Bowman of Brigham City grew the winning gourd in his home garden this year. It was harvested on Friday and required the help of a crane to lift it.

“Thanks to everybody that asked me about my pumpkins and encouraged me not to give up,” Bowman said.

He said he’s been growing the gourds for 17 years.

In 2017 the previous state record was made by Matt McConkie, whose entry weighed in at 1,974 lbs.