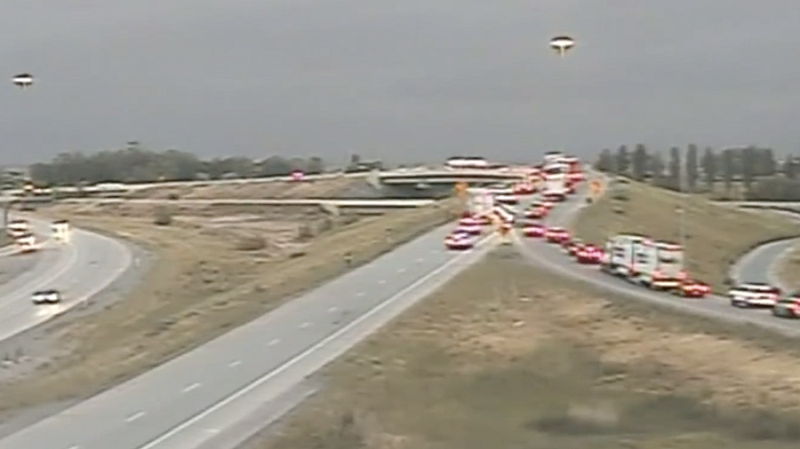 Salt Lake City, Utah — The Monday morning commute was slowed, following a crash on Interstate 215 West near 2300 North that caused damage to a utility pole.

Around 5 a.m. a truck hit a power pole and utility lines were hanging low close to the southbound travel lanes.

While crews responded to repair the pole, the travel lanes were closed.

Crews went to work to get the southbound lanes just south of the Legacy Highway merge back open.

The Utah Highway Patrol announced that repairs had been made and that all road closures were opened back up before 9:30 a.m.