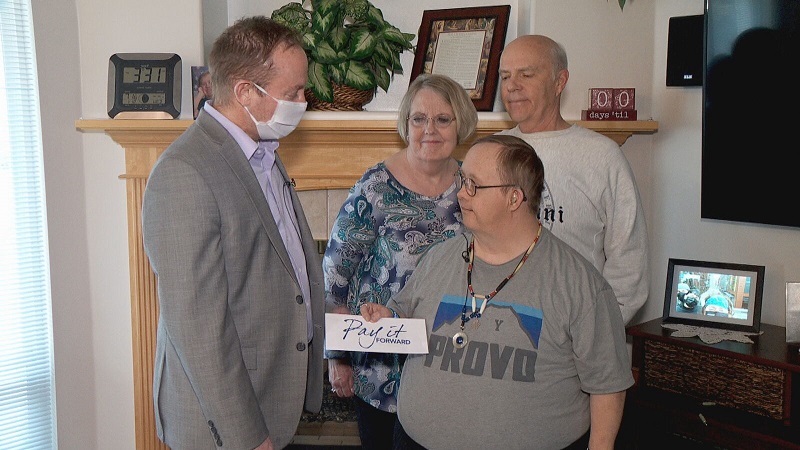 Layton, Utah — Reese Marston knit warm hats for patients with cancer. “I have three machines all setup,” he said, talking about the knitting machines in his room.

The hats he makes are reversible. Reese gives that hats to cancer patients to bring them a little bit of warmth.

“The people that have cancer, they are very sick and need hospital care,” he said.

Reese has Down syndrome. Several years ago, after he got very sick, he started making hats.

Reese passed his hats to neighbors, friends, and the homeless until he connected with the nonprofit XOXO Hats for Strength. They deliver the hats to those battling cancer at Huntsman Cancer Institute.

“It was much more emotional for me than I ever thought it would be because it was so impactful that he’s doing something important,” said Sally.

In order to help him with supplies for the hats, Mountain America Credit Union donated $500 to the Marstons.

Woman injured in a shooting incident in Draper