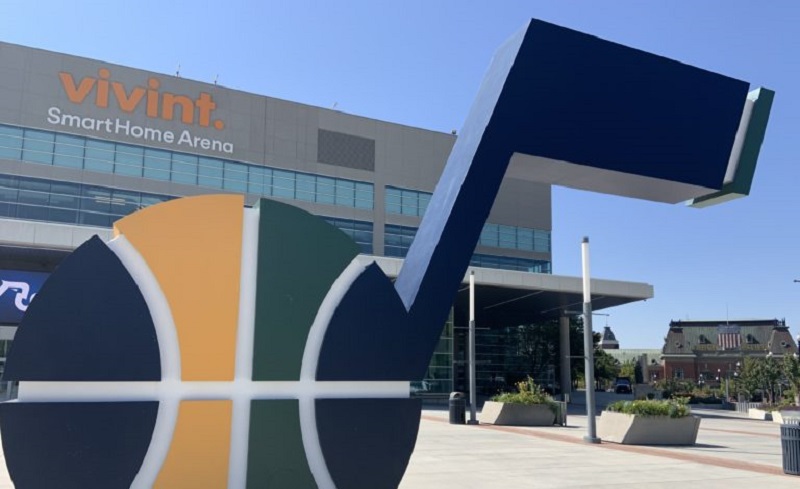 Salt Lake City, Utah — In the new season anybody coming to Vivint Arena will need to show proof of a COVID-19 vaccination or show a negative COVID-19 test.

Fans younger than 12 years old, who are still ineligible to receive the vaccine, are required to wear a mask.

“We want people to get vaccinated,” said team spokesman Frank Zang. “It’s important to us. It’s a public health concern.”

The team hosted its first preseason game of the season on Monday. Barricades have been set up near the arena doors. The arena’s security team stood at the entrance to the barricades to verify documentation of fans before they have their tickets scanned.

“We thought there might be a little bit of pushback, but honestly, people really want to come to Jazz games,” Zang said. “They want to gather back together.”

According to the team officials, the rollout of this new safety protocol has been smooth. Fans hope it brings some normalcy back to the arena where most games were at limited capacity a year ago as another safety precaution. This season, the area is at full capacity.

“You can come feeling safe and there are no issues,” said Mackenzie Morris, a fan from Salt Lake City. “We don’t have to wear a mask. We love it.”

“Whatever they need to do to keep us safe,” said Zane Johnson, who traveled from Idaho to watch the game. “It doesn’t bug me.”

100% of its players plus full and part-time employees are fully vaccinated against COVID-19, the team officials said.

According to the team officials, fans who arrive at the arena without proper documentation are allowed to receive a refund.

Wasatch Front had been populated by Fremont Culture for 1,000 years