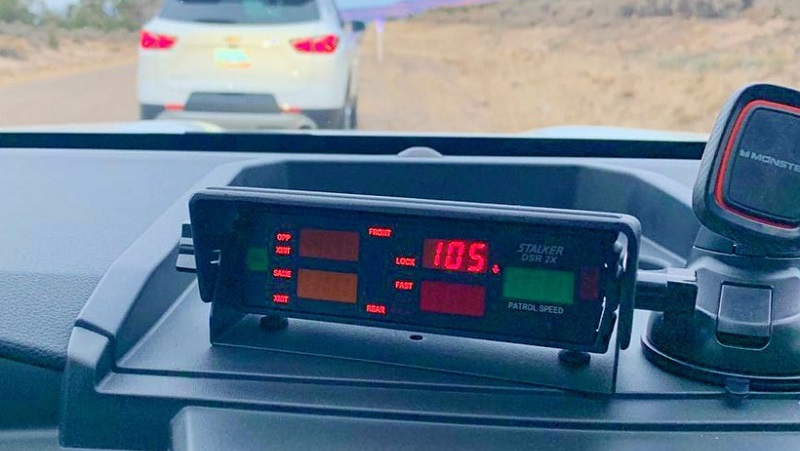 Provo, Utah — A lot of reports of speeding were noticed on Utah roads. Many of them since the beginning of the pandemic when fewer people were traveling.

On Wednesday, Sgt. Spencer Cannon with the Utah County Sheriff’s Office caught a pair of speeders.

He stopped the driver of a Ford F150 pickup truck and a Tesla S, according to his Twitter.

The Tesla, which had two small children inside, was going 108 miles an hour and the Ford was doing 103 mph.

Cannon mused that they were racing for the best parking spot at work.

Both drivers ended up with tickets for speeding and an exhibition of speed in heavy traffic.

6 crashes reported due to slick roads in Provo Canyon