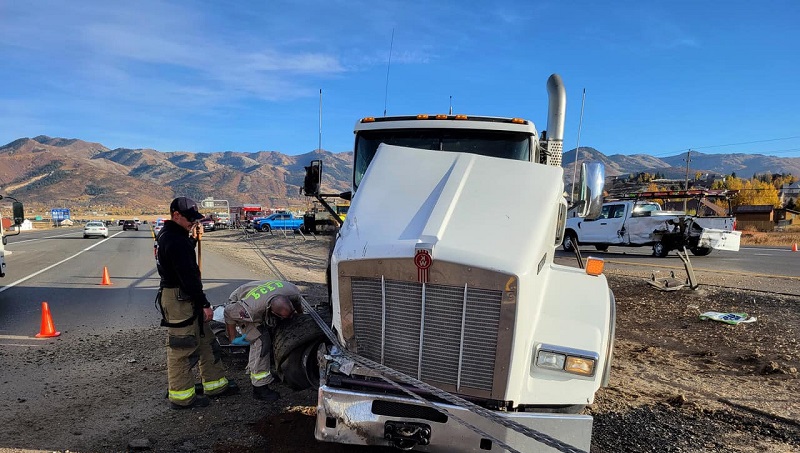 Park City, Utah – According to the Park City Fire District, a crash on I-80 Friday morning involving a total of four vehicles and an ATV resulted in a glycol spill (PCFD).

Several agencies responded to a multi-vehicle incident on I-80 at mile marker 146 at 8:10 a.m. on Friday.

According to the authorities, a dump truck carrying hot asphalt broke through the cable fence.

According to reports, the incident resulted in a glycol spill, which the Park City Hazmat Team was able to contain. Glycol is a chemical utilized in fire suppression systems.

Due to the accident, two participants were sent by ambulance to a local hospital with minor wounds.