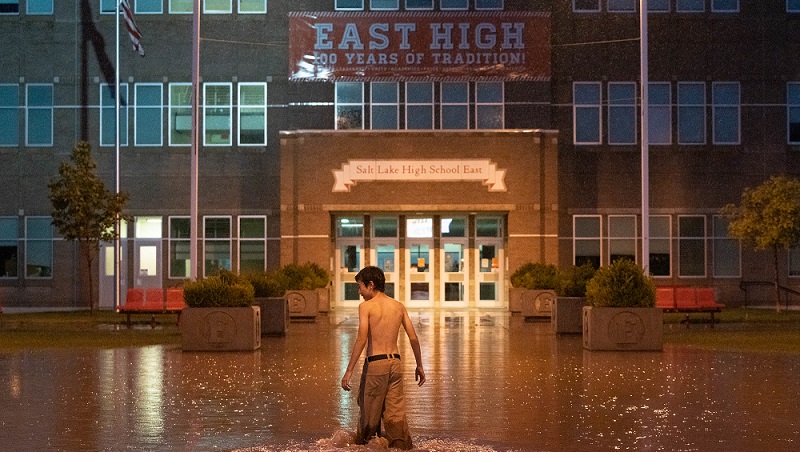 According to Jason Olsen with the Salt Lake City School District, the rushing water came into the building Sunday night.

“As you watched the water as it flowed down the street, it didn’t continue down the street. For some reason, it hit that intersection and cut across diagonally right towards the gym,” he said.

“Our crews rushed up here. They were here most of the night,” he said.

According to Olsen, the water mostly impacted the gym and some athletic rooms and offices below.

“They were using squeegees almost all night – just getting that water off the floor as fast as they could,” he said.

If someone hadn’t caught the flooding when they did, it could have spread a lot further.

“Easily,” Olsen said. “Easily. I mean, that water will just flow wherever it can.

That was what happened four years ago, when flooding followed the exact same path and pushed into the gym.

They have not yet determined if the floor will need to be replaced again.

“There is some cupping of the boards and everything else. I don’t know if it’s a newer floor, if we can sand it down a bit and refinish it. That’s something we’ll have to figure out later,” he said.

They’re still just working to get the water out before making an estimation of the cost of repairs, Olsen said.

“There’s the wood floor, then there’s a membrane or space underneath, and then the concrete floor. There’s still water underneath that wood floor that’s still dripping down. We have to get rid of that first before we can see what’s happening,” he said.

Olsen said they’re trying to see if something can be done to prevent it from happening a third time.

“We’re hoping to meet with the city,” Olsen said. “See if there is something we can do to mitigate that or what’s going on. It may just be too much water at once.”

Olsen said the gym will be cleaned up by the first day of school, and they do have another gym.