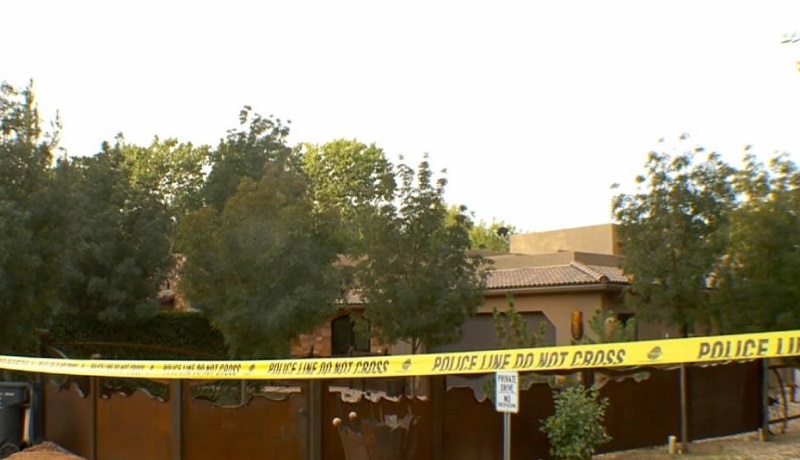 Rockville, Utah — An active shooter situation that ended in their backyards frightened the Rockville neighborhood on Thursday.

After a scary three hours on Thursday, neighbors went door-to-door, checking on one another. “It was the most terrifying three hours that I’ve ever had in my life. We didn’t know where he was;” said Lori Sherbeck.

According to investigators, a man in his fifties led them on a dangerous pursuit across Washington County, allegedly shooting at a half-dozen cars along the way before hiding in a vacant home.

Tydon Oler heard the gunshots as police confronted the suspect. “To me, it was multiple calibers of guns being fired,” said Oler. “I immediately looked at my phone and knew the kids would be getting off the bus.”

The suspect, who hadn’t been identified as of Thursday morning, hid in the neighborhood after allegedly firing at officers on SR-9, where, 10 minutes earlier, Lexie Oler walked her brother and cousins home from the bus stop. “We heard gunshots from where we were, it sounded like it was pretty close because they were really loud,” said Oler.

“I was swinging with my two-year-old granddaughter in the backyard. I heard all these gunshots. It was obviously gunshots and they kept getting closer and I had no idea what was going on,” added Sherbeck.

After being arrested, the man was taken to the hospital with an apparent gunshot wound.