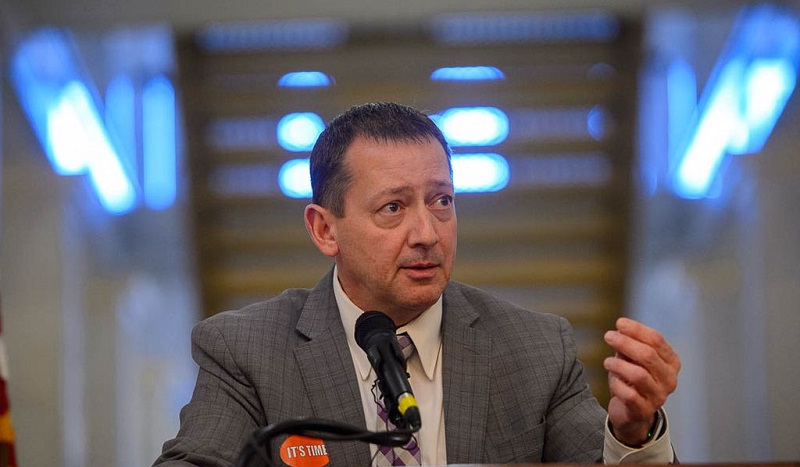 Utah – Paul Ray, Former Utah Rep. had a severe headache over the weekend, and his daughter urged him to go to the emergency room, which ultimately saved his life.

“This proves all of the Democrats wrong because it proves I do have a brain,” Ray joked as he spoke via phone from his hospital bed on Tuesday evening.

He resigned his seat in the Utah House on Dec. 15 for a position with the Utah Department of Health and Human Services.

“It started as a headache and got progressively worse. I thought, who goes to the ER for a headache? The doctors said I wouldn’t have made it through the weekend if I hadn’t come in,” Ray said.

He says his prognosis is good, and his doctors expect a full recovery.

“We are monitoring and hoping for the best outcome for Paul and his family through this unexpected health challenge,” a spokesperson for the Department of Human Services said in a statement.

“Our thoughts and prayers are with him and his family,” added Utah Sen. Scott D. Sandall, who was Ray’s co-chair on the legislative redistricting committee.