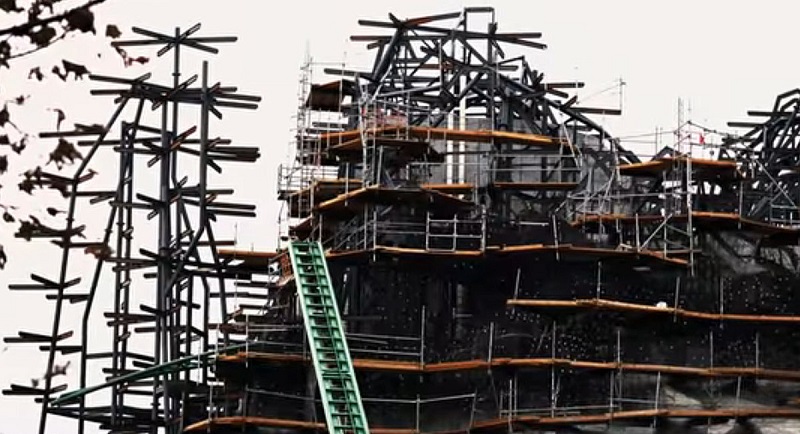 Farmington, Utah – A new attraction at Lagoon is starting to go into place.

According to Ian Christensen, who runs the Facebook page Utah Coaster Enthusiasts, “It’s fulfilling what the rumors said we thought was going to happen,” said Christensen and others have long speculated that Lagoon’s attraction might be something akin to another ride at Canada’s Wonder Mountain, known as The Guardian.

“It’ll be about 100 feet tall when Cannibal is about 200 feet, so it’s going to be much shorter,” said Christensen.

According to Christensen, Lagoon’s attraction will be similar to The Guardian who has high-tech elements which riders experience inside its faux mountain.

While Christensen says he doesn’t care to speculate on the name of the attraction, numerous sources online claim it will be called “Primordial.” “We have actually five names,” said Julie Freed, a Lagoon spokesperson.

According to Freed, it’s common for Lagoon to copyright several names for planned rides, and wait to see which name best fits the finished attraction.

“Primordial is one of the five, but I think because everyone knows Primordial, we won’t go with Primordial,” said Freed.

Many coaster enthusiasts have speculated the new ride will be “dinosaur-themed” on account of the name Primordial being at least considered, but he’s hoping the ride might have a mining theme, as a nod to Utah and the history of early Lagoon owner Simon Bamberger, Christensen says.

Freed says one-of-a-kind projects of this scale don’t have firm deadlines and will open when ready.