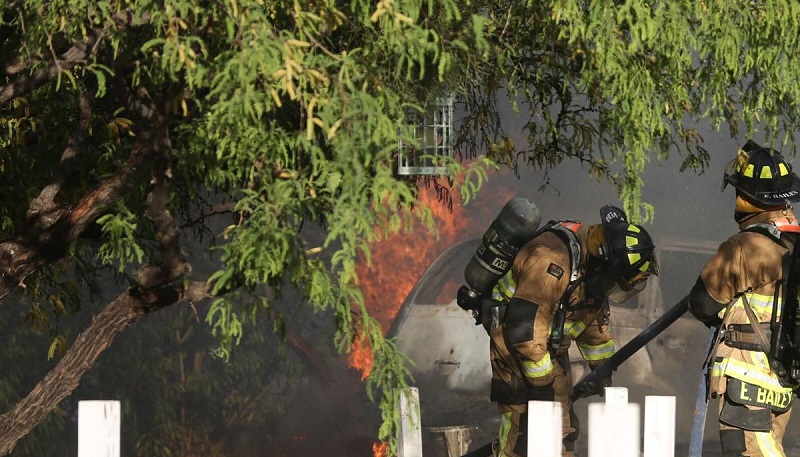 Saturday night the first fire occurred in South Ogden. Around 11 p.m., a fire broke out in a condo near 900 E. 5500 South. The blaze then spread to the unit next door.

According to South Ogden Fire Chief Cameron West, more than 30 firefighters responded from several different agencies and “aggressively” attacked the fire. They were able to rescue two cats from the building, but another cat and two dogs died.

During the battle with the fire flames, two firefighters sustained minor injuries. One injured their ankle, and the other was treated for dehydration.

According to the fire crew’s report, all residents were safely evacuated, and none were injured. Damage from the fire is estimated at $500,000, and the cause is being investigated.

The second fire occurred Sunday around noon where fire crews responded to a house fire near 400 W. Burton Lane in Kaysville.

According to the Kaysville Fire Department, it was a “well-involved” basement fire, and flames were coming out of the windows and in front of the house.

One firefighter was taken to a hospital for heat-related illness.

The basement was significantly damaged, and the occupants were displaced.

Firefighters found the body of a dog in the house. The cause of the fire is also under investigation.

Lagoon’s new ride takes the shape of a mountain