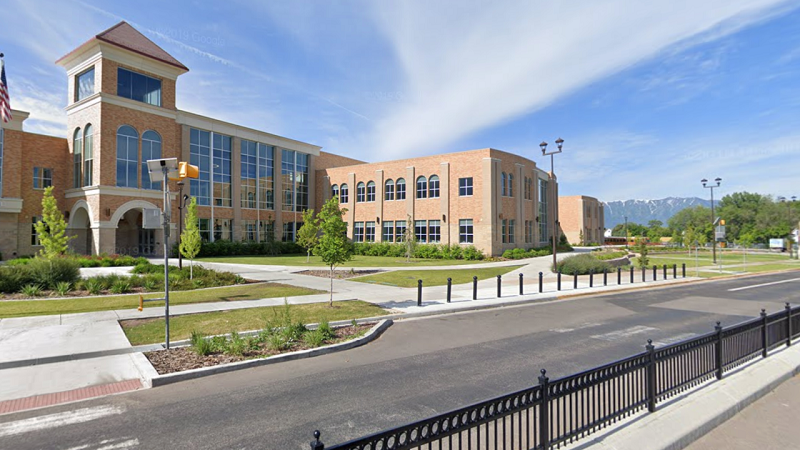 Logan, Utah — After a report of a man in front of the building with a gun, Logan High School was placed on a temporary lockdown Monday morning.

According to police, the man with the gun confronted two females, ages 17 and 19, in the parking lot. He accused them of stealing one of the bikes they were riding from his house a few blocks away.

The man pointed the handgun at the teens and ordered them to get on the ground, according to witnesses. They did what he said and ran away as soon as the man turned his back to put the bike in his truck.

According to police, the man walked up to the school building with a backpack that one of the females had left behind.

A person who witnessed the confrontation told the man he couldn’t go into the school with a gun, to which he replied it wasn’t a gun it was a cell phone. Another witness told police they saw the man holding a gun.

Upon arrival, officers placed the school under lockdown for about 10 minutes while police made sure the situation was under control.

Police said the man, identified as 36-year-old Kristopher Egbert, admitted he did point a 9mm handgun at the females.

After they ran away, he put the gun in his truck before walking up to the school.

Police determined that the bike was, in fact, stolen from Ebgert’s home.

Egbert was arrested and charged with two counts of third-degree felony aggravated assault and one count of disorderly conduct.

St. George Regional Hospital turning down patient transfers from other locations due to a lack of staff and beds