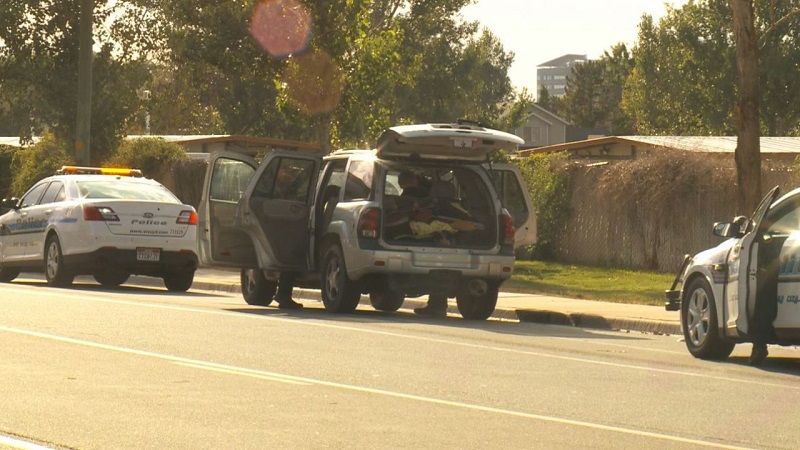 West Valley City, Utah — Friday evening, a man was arrested after witnesses reported him hitting a car with an ax in the parking lot of a local mall.

According to West Valley City Police, they responded to Valley Fair Mall around 6:15 p.m. Before they arrived, the suspect fled the area.

The vehicle was spotted a short time later on Interstate 215, and officers attempted to pull him over. He didn’t stop, but police say he didn’t appear to be making evasive moves or otherwise attempting to flee from them. However, he did later flee — twice — after multiple police cars boxed him in. In one of those attempts, he hit a civilian’s car.

He eventually parked and fled on foot to an apartment complex. A K-9 was brought in, and the man was caught and arrested. No officers or civilians were hurt.

As of Friday evening, police were unsure why he was hitting the car with an ax. The weapon was found in the parking lot.

Police do not believe alcohol was involved, but they say drugs may have been. The investigation is ongoing, and the suspect’s name has not yet been released.