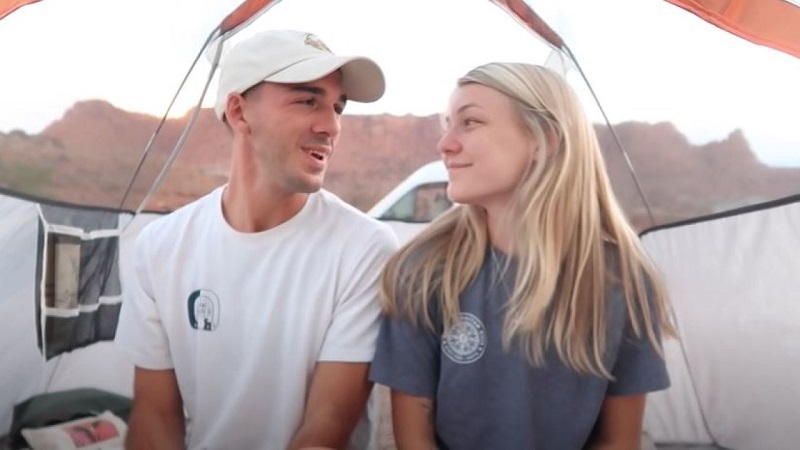 Moab, Utah — According to the Utah police department, its officers responded to an incident involving Gabby Petito and Brian Laundrie.

According to Petito’s family, she and 23-year-old Laundrie, her boyfriend, had been traveling to different national parks over the summer when her family says they lost contact with her. Petito, 22, was recently reported missing by her family in New York.

Since then, new information has caught the attention of concerned people worldwide — such as Laundrie returning home to Florida and reportedly not cooperating with police.

The couple was visiting national parks in the state and had also been in Salt Lake City and Ogden.

The Moab Police Department confirmed that officers responded to an incident involving the pair.

According to Chief Bret Edge, the incident occurred on Aug. 12.

Edge said officers investigated but determined there was not sufficient evidence for criminal charges.

No further details about the nature of the incident were provided, but Edge did add that the couple was not the one who called the police.

Petito is 5’5″ and has blond hair and blue eyes. She has a triangle tattoo with flowers on her left arm and another on her right arm that says “Let it be.”

The Suffolk County (New York) Police Department asks anyone who has seen her or has any information on the case to contact at 1-800-220-8477.

St. George Regional Hospital turning down patient transfers from other locations due to a lack of staff and beds