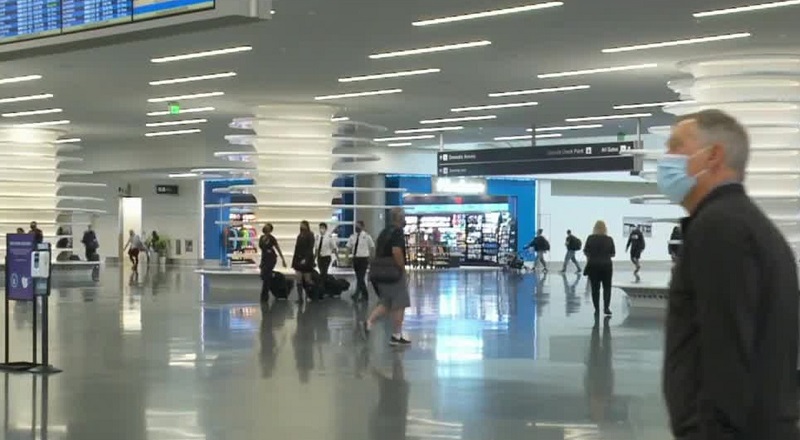 “The last year has really been us really getting to know how this new airport works,” said Bill Wyatt, Salt Lake City Department of Airports Executive Director.

While twelve months ago, just seven thousand passengers were using the airport, now, it is operating at over 90 percent expected capacity, with 29,000 passengers on the busiest day.

“Passenger volumes here are very close to where they were pre-COVID. This is one of the busiest airports in the country,” said Wyatt.

The US Green Building Council honored the airport with LEED Gold Certification on Wednesday.

“This isn’t a surprise because our teams have been working intentionally for about a decade in making sure we’d be standing here today celebrating,” said Salt Lake City Mayor Erin Mendenhall.

The certification comes through emission reduction, energy and water conservation, and sustainability. The city estimates savings equivalent to taking nearly 4,000 vehicles off the road a year. Ninety-five percent of construction waste, including the demolition of the old airport, was repurposed.

“There is nothing like it in the country,” Mendenhall said.

The project itself has several other local and national awards for the project and design.