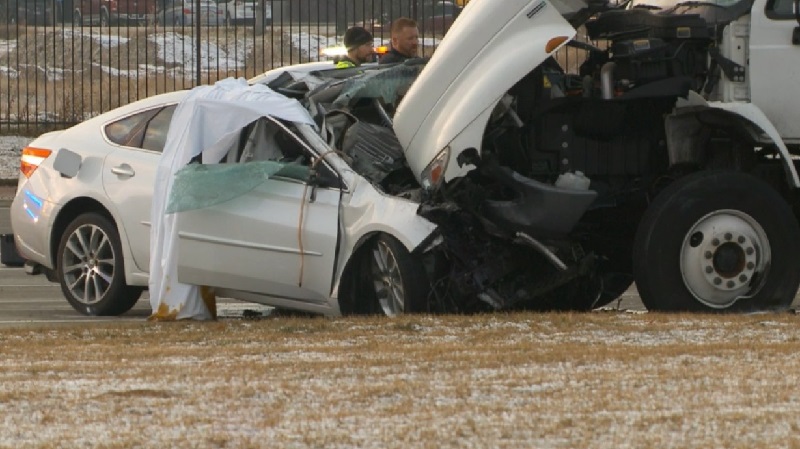 West Valley City, Utah — Early Friday a person was killed in a head-on crash involving a truck on Bangerter Highway.

According to police, the crash occurred just before 7 a.m. at 2400 South in West Valley City.

All southbound lanes were closed just south of the SR-201 junction.

The driver of a car heading north crossed into the south lanes and collided head-on with a box truck, according to authorities.

The truck driver was unhurt and attempted to extricate the driver of the car who was killed in the collision.

West Valley City police are investigating the crash. The victim was identified as 19-year-old Riley Larson of Herriman.