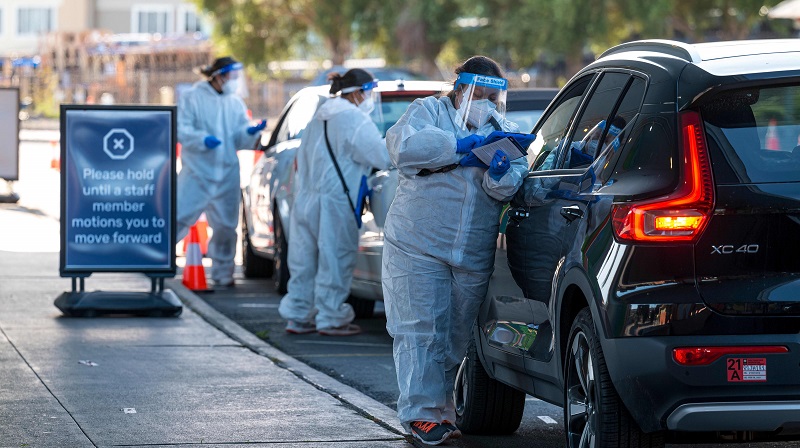 “We’ve actually done around 9,600 tests in a day. That’s the most we’ve ever done since the pandemic hit,” said Carolina Herrin with Nomi Health. Nomi Health partners with TestUtah.

Lines of cars continued to stop by all day Monday at the testing site at the Timpanogos Regional Hospital in Orem.

“We not seeing a wait time in months, but with this holiday weekend and this surge — if you’d like to call it a surge — we’ve seen an increase,” said Herrin.

According to the state health department, they saw a lull in test demand over the summer, but it picked back up again in the fall.

“It’s remained fairly consistently high over the past several months since the beginning of September,” said Brittany Brown, the COVID-19 deputy testing director with the Utah Department of Health. “As gatherings are moving indoors, we’re seeing this increase in respiratory viruses that are going around, as well as maybe the new variant that’s popping up. We may see an increase in testing.”

Herrin said cars are only in line for around seven minutes and that it takes 15 minutes for results.

“Don’t be discouraged by what appears to be a long line. It could look like a lot of cars, but it does move fast,” she said.

You can register for TestUtah online or by using a QR code at the testing site.