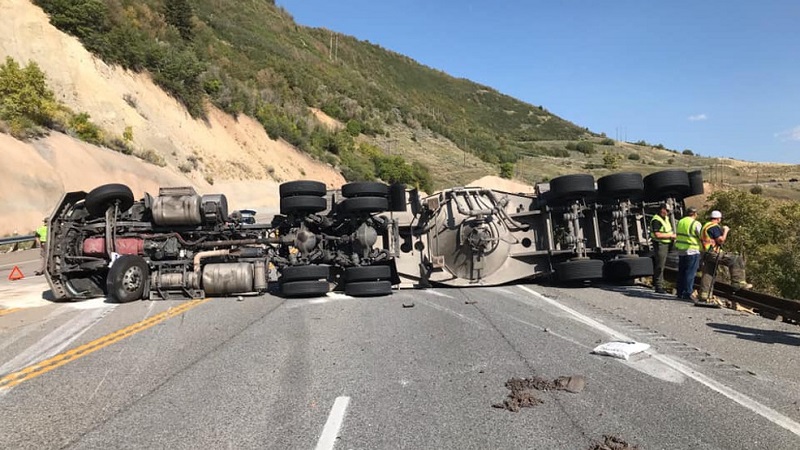 Wasatch County, Utah — According to officials, they are investigating distracted driving as a factor that led a semi-tanker to roll over in Central Utah.

No spills or injuries were reported.

According to officials, a pup rolled off the road and down the embankment of Provo River on U.S. Highway 189 at milepost 16.

The incident occurred around 10 a.m. Sunday morning as the semi was heading northbound.

They warned travelers of delays as they worked to clear the scene.