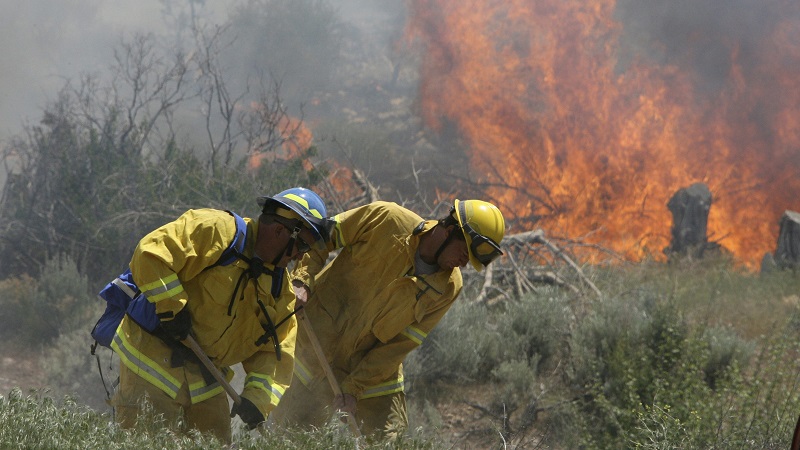 Utah – Utah has recorded 881 total wildfires this season, which is down from more than 1,000 during the same time last year, according to the latest data from Utah Forestry, Fire, and State Lands or UFFSL.

According to Jason Curry with UFFSL, fire crews have been successful at keeping most of those fires pretty small. Only 67 of the 881 fires this year have grown to more than 10 acres.

“We’ve pushed an unprecedented amount of fire prevention messaging out, we’ve done a lot of campaigning and I think it’s working,” Curry said.

According to UFFSL, human-caused fires have dropped 40% compared to the same time last year.

Crews from fire departments all over Utah have been sent to assist with out-of-control wildfires in California, including the Dixie Fire, which has burned more than 500,000 acres.

There are currently 105 large fires in the west right now, according to the National Interagency Fire Center.

“There’s a huge demand for firefighting resources in the northwest and in the northern Rockies,” Curry said.

Utah Division of Natural Resources have put together a website with fire information and prevention tips as part of the Fire Sense campaign.

“Keep it up and use fire sense,” Curry said.

The Church of Jesus Christ of Latter-day Saints asks members to get vaccinated, wear masks