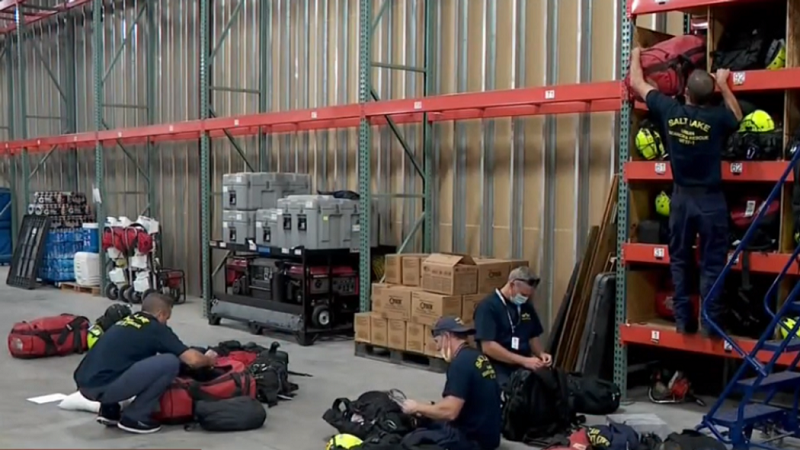 Utah – As Hurricane Ida approaches the coast, a team of first responders from Utah is in Louisiana.

Four members of Utah Task Force 1, which is one of 28 Federal Urban Search & Rescue response teams in the country, were deployed and have safely arrived, the agency wrote in a Facebook post.

The hurricane is expected to hit New Orleans and other parts of the Louisiana coast on Sunday — the 16-year anniversary of Hurricane Katrina. Experts predict it could be a Category 4 storm when it makes landfall, with sustained winds of up to 150 miles per hour possible.

The group will be part of FEMA’s “White Incident Support Team.”

3900 South in Holladay is partially closed