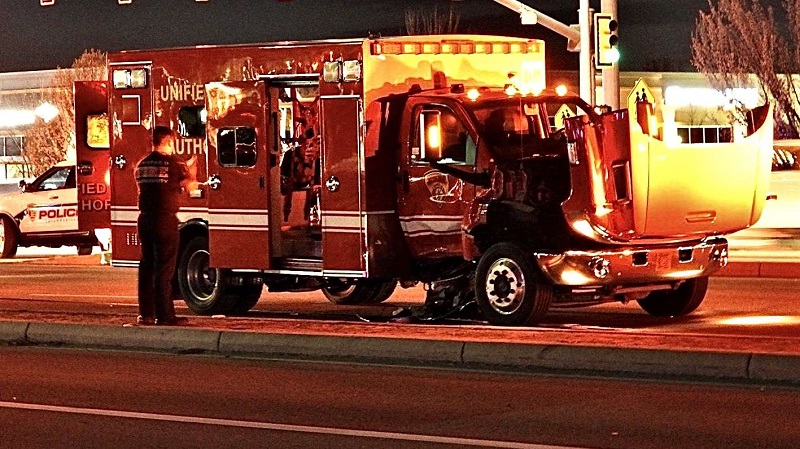 Taylorsville, Utah — According to Taylorsville Police, a Unified Fire Department ambulance carrying a patient and medics collided with another vehicle.

A pair of additional ambulances had to be deployed to the scene of a crash on Friday night around 8 p.m. at 5400 South and Redwood Road. It’s not yet known what caused the accident; it is under investigation.

The driver of the car involved in the accident suffered a broken bone.

No other injuries occurred from the crash, but at least two ambulances responded to the scene in order to take the driver to a hospital, as well as the patient and medics from the already-active ambulance.

At this time, it is not disclosed what the patient’s previous injuries were or what condition they were in.

When it comes to stream sharing, Utah is the most honest state