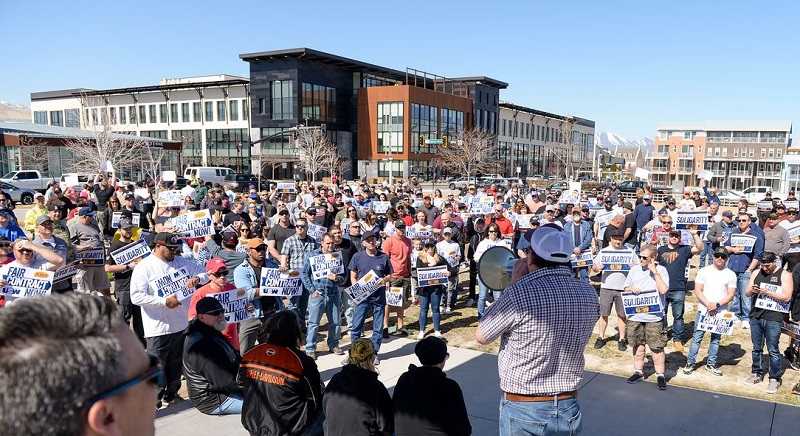 Salt Lake City, Utah — After agreeing to a new collective bargaining agreement with the Rio Tinto mining company, Union workers at the Kennecott Copper Mine averted a strike.

On Thursday, the union voted to ratify the five-year agreement that will go into effect Friday.

After they felt the company was not offering competitive wages and better benefits, in the weeks leading up to the agreement, workers had threatened a strike.

According to Union workers, the original offer from the company gave them only a $1.18 raise, and Rio Tinto was offering contractors more pay than its own employees.

However, a deal was struck that will now be in place until April 2027.

“We are very pleased that the new Collective Bargaining Agreement has been ratified by Rio Tinto Kennecott’s union members,” said Rio Tinto Kennecott managing director Gaby Poirier. “We have worked closely and productively with the unions to reach this agreement, which is fair and competitive, benefits our employees and their families, and enables us to grow as a business. The agreement will ensure that we can continue to provide competitive wages and benefits for all roles, and will allow Kennecott to pursue an exciting future as a leading domestic copper supplier in the United States.”