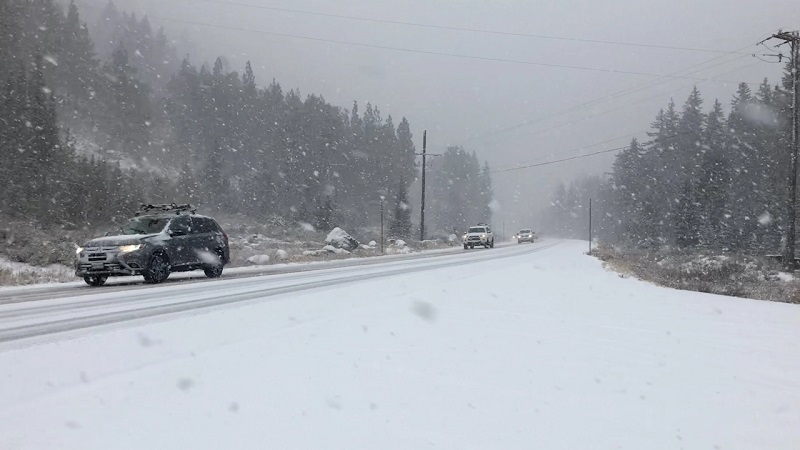 Salt Lake City, Utah — The traction law, meaning that drivers going through Big and Little Cottonwood Canyons will need traction devices such as chains or snow tires is currently in effect.

According to a tweet published just after 10:00 a.m. Sunday morning, the UDOT Cottonwood Canyons account announced that the law was in effect for SR-190 and SR-210, the two roads going through Big and Little Cottonwood Canyons respectively.

An earlier tweet published around 7:30 a.m. advised drivers that that UDOT crews were pretreating the roads in preparation for an incoming storm, predicted to hit the canyons between 9:00 am and 1:00 p.m.

The Traction Law is known officially as Utah Administrative Rule R920-6. It goes into effect when road conditions become slick due to weather.

This is at the discretion of both UDOT and Unified Police.

Under the law, drivers are required to have tire chains, snow socks, tire studs, or 3 peak mountain snow flake (3PMSF) snow tires on their vehicle. Approved tires are often identified by an M+S or M/S (mud and snow) label, or a snowflake symbol on the side of the tire.