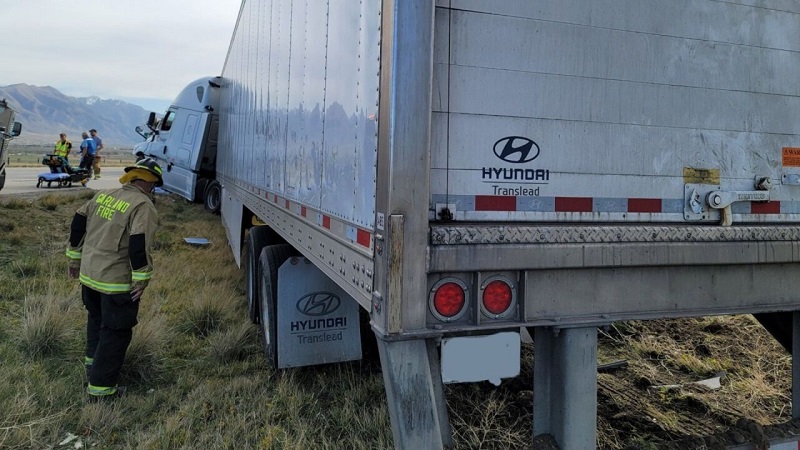 Box Elder County, Utah — Friday afternoon a driver was found dead in the cab of a semi-truck in northern Utah.

According to Utah Highway Patrol troopers, witnesses called 911 to report, around 1:45 p.m. that a semi ran off southbound I-15 and through a large ditch about six miles north of Tremonton.

Upon arrival, Utah Highway Patrol troopers and paramedics found the truck driver unconscious with no pulse in the driver’s seat.

The driver was declared dead at the scene.

According to UHP, it appears the driver suffered a “fatal medical issue” before crashing.

At this time the driver’s name has not been released as authorities work to notify their family.