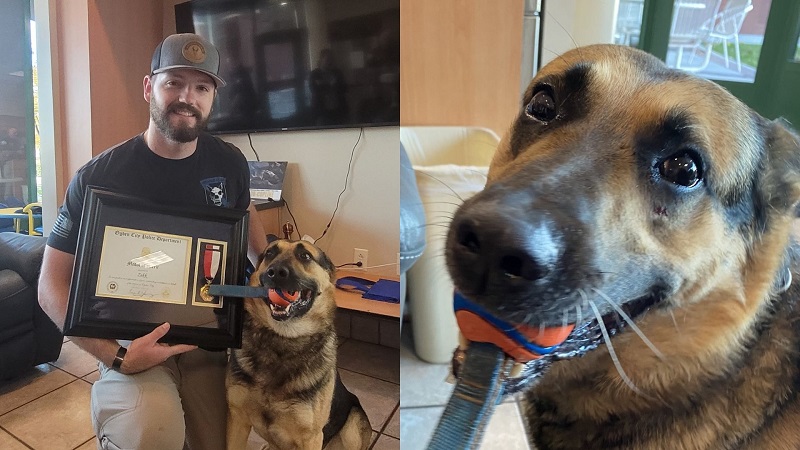 Ogden, Utah — After serving with the department for more than five years, Police Department is wishing K9 Zekk a happy retirement.

According to Ogden Police Department officials, Zekk joined the department in April of 2015 and was originally assigned to the Ogden Police Crime Reduction Unit.

Officials say, later, he was moved to Patrol.

K9 Zekk was “extremely successful in carrying out his duties” in his 635 times deployments throughout his time in Ogden, officials said.

The Ogden Police Department took to Facebook about the retirement of their K9.

“We are happy to wish K9 Zekk well in this next phase of his life where we know he will be able to frolic and play regularly with his handler, Sgt. Gerfen, for the rest of his days,” the Facebook post said in part. “Thank you for your service Zekk!!!”