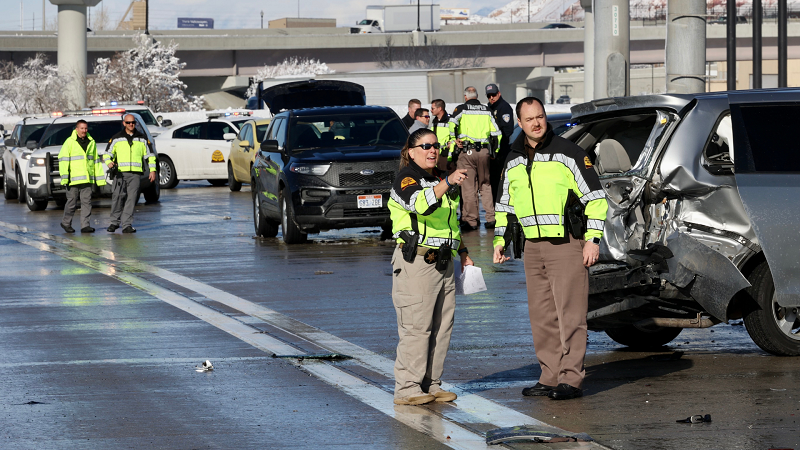 Salt Lake City, Utah —On Wednesday, two Weber State University police officers were injured after they were hit by a vehicle on southbound Interstate 15 in Salt Lake City.

According to a Utah Highway Patrol spokesperson, the officers were in the area and out of their vehicle near a car blocking an HOV lane on the highway at 700 South.

As the officers were walking on the highway, another car hit the vehicle in the HOV lane at around 12:45 p.m., and then one of the officers.

One of the officers was transported to the hospital in serious condition with non-life-threatening injuries, and the other officer was in good condition.

At this time it’s not known why the vehicle had stopped in the HOV lane or if any of the drivers were injured.

In order for crews could respond to the officers, multiple lanes of the highway were closed, but lanes of I-15 have since reopened.