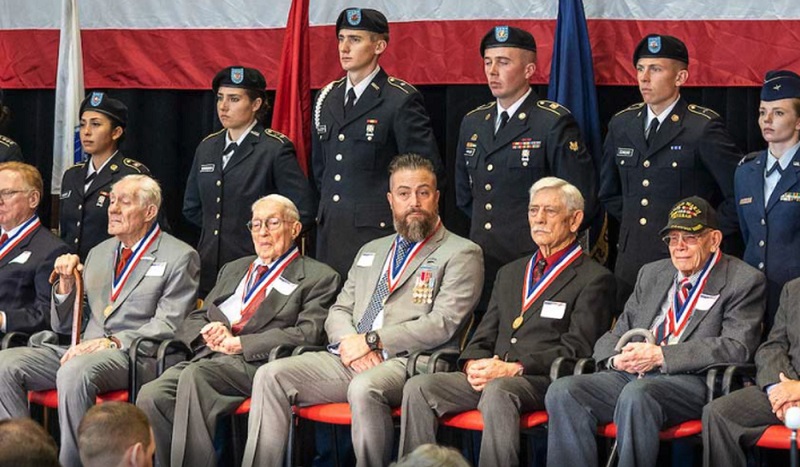 Salt Lake City, Utah — In a Veterans Day ceremony at the University of Utah, Governor Spencer Cox and Senator Mitt Romney presented medallions to 11 service members for acts of valor, careers of service, and other accomplishments. The ceremony included a 21-gun salute on campus.

Gov. Cox thanked all Utah veterans for their service.

Gov. Cox noted that some were called up in the last year to deal with an earthquake, windstorms, civil unrest and the pandemic.

“You responded as you always do. With love in your hearts, with strong backs to carry the weight,” he said. “You came to our rescue. You’ve done it over and over and over again. And you’ll do it again when we need you.”

According to Senator Romney, he would like to see more youth get involved in service, as members of the military do.

“I think it’d be a wonderful thing if all the young people in our country were able to serve in the military or with regards to some other cause that took them beyond themselves,” he said. “So that we could recognize again, the degree of sacrifice and commitment of those who’ve served and those who allow us to live the lives we live.”