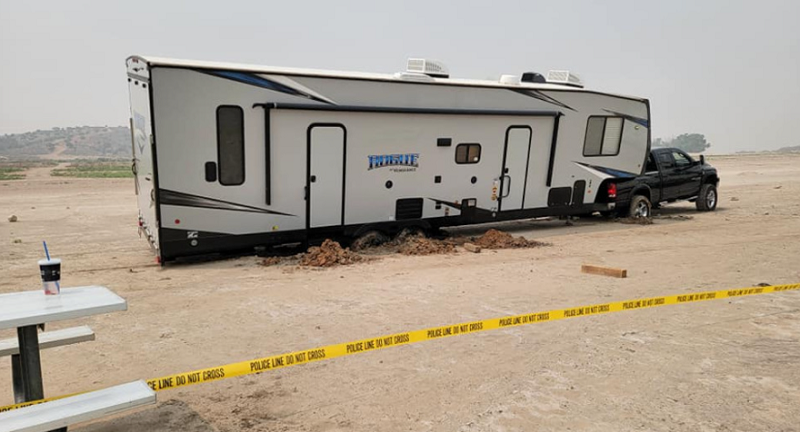 Levan, Utah — According to State Park officials, drought conditions have forced water levels to recede significantly away from the traditional beach and shoreline.

Officials issued a warning about mud to outdoor enthusiasts visiting Yuba Lake in Central Utah after a large recreational vehicle became stuck in the sand.

“Looks can be deceiving. Just because it looks safe, doesn’t mean it is for your enormous trailer and truck to park right along the waters (sic) edge,” officials said.

They recommended keeping vehicles around 200 hundred yards away from the beach, depending on their size and weight.

“It is that time of year again with low water where a courtesy reminder of ‘stay out of the dark sand’ will save you thousands of dollars in a wrecker fee to get you unstuck,”

Officials said “many” people faced similar issues “being too close to the water is unwise,” they said.c