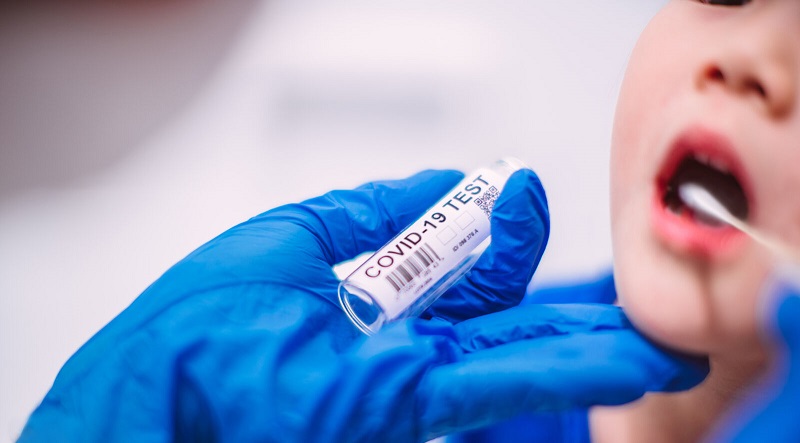 Salt Lake City, Utah — Another five Utahns have died of COVID-19, bringing the total in the Beehive State to 2,628. The Utah Department of Health also reported 3,329 new confirmed cases since Friday.

There were 465 people hospitalized for treatment of the disease. That was 34 more than the week before, although the number has more than doubled in the last two months. Another 20,683 people have been vaccinated in numbers reported Monday. Health officials reported 3,129,977 Utah residents have been tested for the novel coronavirus.

They said 463,204 residents have tested positive for the virus since the pandemic began – an increase of 3,329 cases since numbers reported Friday. Officials said there were 1,604 new cases Friday, 1,129 cases on Saturday, and 601 reported Sunday. There have been over 5,500 new cases in the last week. Of those tested since Friday, 14.5 percent were positive.

At least one dose of the coronavirus vaccine has been administered to 1,808,951 Utah residents. Those eligible for the vaccine included anyone over the age of 12. The state has administered 3,249,729 first and second vaccinations. Of those vaccinated, 1,575,506 people have been fully immunized. According to numbers reported by the health department, 20,683 vaccines have been administered since numbers reported Friday. Health officials said 60.8 percent of all Utahns age 12 and older have been fully vaccinated, and 69.8 percent have had at least one vaccination. Including all Utahns of any age, 49.1 percent have been fully vaccinated.

Nearly 3.8 million vaccines have been delivered to the state, meaning just under 540,000 doses were ready and waiting for those who still need to be vaccinated.

Officials said the state had vaccines from all three approved manufacturers in supply. The number of people who have had a third booster shot of the Pfizer vaccine was not available.

Health officials said Utahns who were unvaccinated were at a 4.9 times greater risk of dying from COVID-19 than vaccinated Utahns over the last 28 days. They were also at 6.2 times greater risk of being hospitalized and 5.1 times greater risk for testing positive. The health department reported 465 people were being treated for COVID-19 in hospitals across the state. Since the pandemic began, 20,131 people in Utah have been hospitalized. Utah officials said 85.3 percent of the 531 ICU beds across the state were full. Of those, 178 were being used by patients confirmed to have COVID-19. An additional five patients in ICU beds were suspected of having COVID-19, pending additional testing.

According to the number reported, there were 393 new hospitalizations in the last week.

The Utah Department of Health reported five additional COVID-19 deaths since Friday. There have been 2,628 total Utah deaths from the disease since the pandemic began. All but two of those who died were male. One was between the ages of 25 to 44, and one was 85 or older. Four had been hospitalized for treatment prior to their deaths.