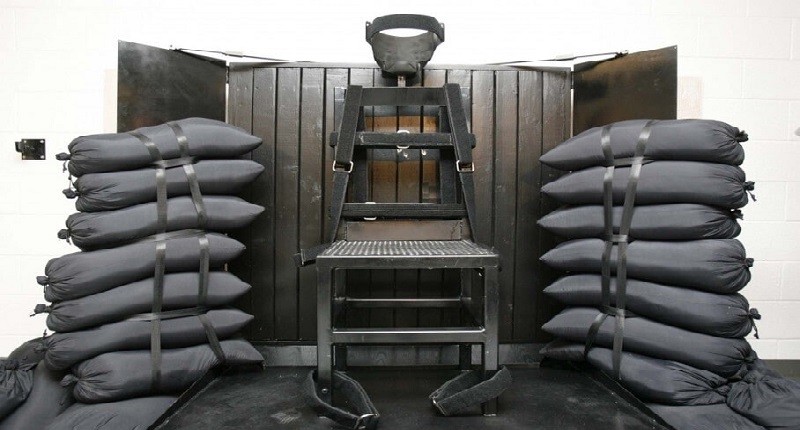 According to Rep. Snow, R-Santa Clara, that came about in discussions with prosecutors across the state. “They wanted a tool to be able to negotiate with perpetrators that you’re either going to be spending the rest of your life, or there’s the possibility, it may be remote that you’ll still see the light of day at some point.”

Rep. Snow said, noting that legal appeals can last decades and some relatives of murder victims have died still waiting for a death sentence to be carried out. “The problem with the death penalty today is we have not been able to get it accomplished.”

In an apparent nod to past concerns of some murder victims’ families, the bill also would not commute the sentences of the seven men on death row in Utah. They will remain there, facing the possibility of a firing squad execution. (Utah has firing squad as the default method of execution when lethal injection is unavailable and the Department of Corrections has said it does not have the necessary drugs to carry out a lethal injection execution.)

“It’s not throwing in the towel, it’s really an acknowledgment of the right fight,” said Sen. McCay, R-Riverton. “I would argue that potentially the fight we’ve been involved in for generations may not have been the right fight.”

According to Connor Boyack, the president of the libertarian-leaning policy group Libertas Institute, which is backing the bill, they have been meeting with lawmakers and believe the 45-to-life sentence has managed to persuade some capital punishment supporters. The bill will be introduced in the 2022 legislative session.

“It’s a repeal and a replace. It’s not just saying no to something, it’s saying yes to something else. This new punishment, this 45-to-life that’s going to allow prosecutors to still pressure defendants to reveal where the body is, to confessing to the crime and admitting guilty, negotiating a plea deal,” Boyack said.

Sen. McCay said he hopes things have changed because previous efforts to repeal capital punishment have been introduced in the Utah State Legislature and failed.